If you didn’t know, Gameforge decided to change most of the item names in the European client to all sort of weird and bizarre names of their own which don’t make any sense, and ruin the use of armory for everyone.

Take for example this item/quest:

Now you are wondering what this is about.. because you don’t seem to have a quest with that name, as the changed names don’t even match other related items in most of the cases, so you go to AionArmory.com as usual to find relevant information about the item or quest, just to find nothing..

Turns out the original English name for the item was “Fiery Heart”, and the quest name “Hearts of Fire”. (I found out the name by in-depth check of the logs by item number etc).

Or say you want to look up some drops from Tiamat’s Stronghold (GF calls it Tiamat’s Fortress), all the names have also been changed, for example, Tiamat Guard’s Greatsword: 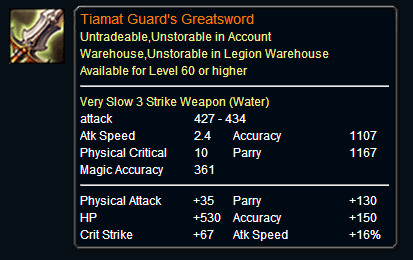 is now called “Greatsword of the Tiamat Defence Troop” in the GF European client: 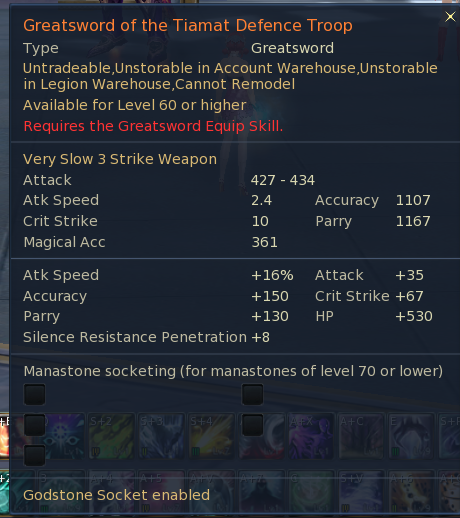 Another one, the new abyss boss that pops on Sundays, Moltenus, drops items like: 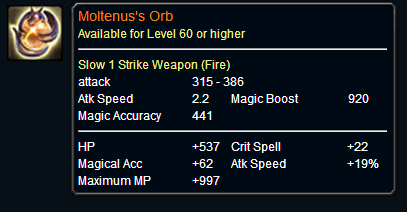 which in turn GF decided to rename them to “Fragment of Wrath Orb”.. ??? seriously? I think they must have been high on weed when they decided these names. 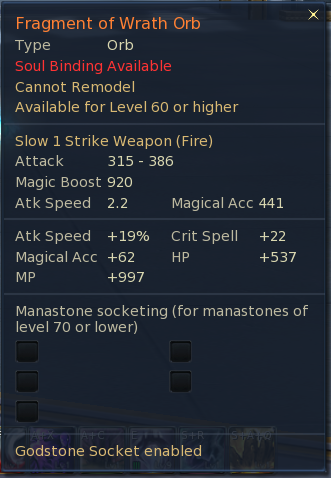 All the armors in TS are also changed, most quests, etc..

So all these changes only come to ruin the user experience even further since their “3.5” update, and also undermine the usability of ARM’s item library, which contains the original US client database names. 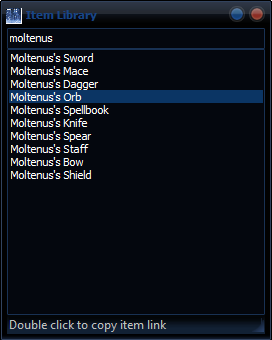 Gz Gameforge, you managed to beat yourselves once again in the rank of stupidity.

Final note, I will not be including a European client database for now to alleviate these issues, as I firmly object to all these retarded changes they’ve been doing which only break the game.