They added a new server recently, which is now getting merged into an old one, I guess due to low population. Players from the old server are safe, if there is a character name collision, only the characters from the new server are affected:

we will be consolidating the Ereshkigal server into the already existing Katalam server on May 22. Players on Katalam (and Danaria) will not be impacted by this consolidation, however, players coming from Ereshkigal will need to be aware of a number of very important things that could affect your character

They added a new server recently, which got merged into an old one, I guess due to low population. Players from the old server got screwed if they were not so active lately, with charnames from the new (few months old) server taking precedence over the server they merged into. Result: people have lost their charnames which they had for over 10 years since even before Gameforge took over the EU region, for characters which could be even just a few days old.

Please be aware that “Nozomi” is no longer my char (made in head-start in the 2009 launch), it seems someone from the new server Nergal got it. If you need to contact me in-game msg me on Hikari instead.

There is a low probability of Petals also dropping from the Magic Fountain gift boxes. This can then be combined with Love Powder, available from 14/2 in the AION Shop, to receive a Special Gift of Magic Blooms.

Did anyone expect otherwise? :-D 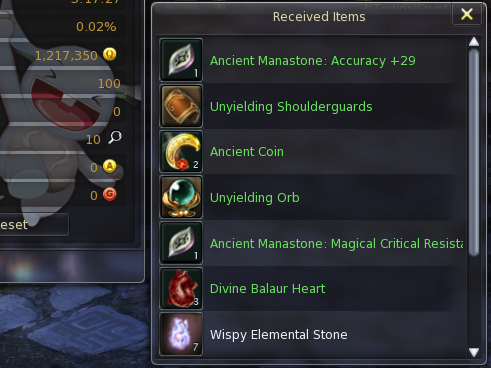 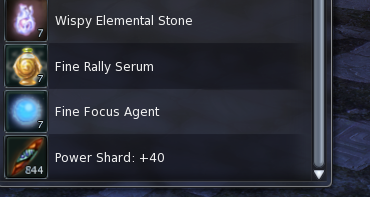 Good video by Sywo about the issue with our European publisher:

Price to re-use an armor skin:

.. it’s ridiculous when some skins are even cheaper to just buy them again at the shop, it totally defeats the purpose of the wardrobe feature..

That’s what happened in Antri asmo side (governor)

Gameforge 2012 when they took over EU: “we won’t have any p2w, only cosmetic stuff”

Maybe you haven’t heard about this if you don’t visit the forums or check their website much, this is what happened:

For the birthday event Gameforge gave everyone 2000 Cellatu pots, 1k for HP, 1k for MP, unaware that these pots also remove 3 debuffs as opposed to just 2 with the normal ones. Upon realizing their “mistake” they decided to take 95% of the pots away on the next maintenance, leaving players with just 50 of each.

So what happened? they didn’t put much thought into the script that would run through the database to check players’ inventory and remove the items: some players who had a large amount of the pots previously obtained through their wallet (buying keys for shugo etc) had ALL of their pots taken away, even 4K of them, but the worst part… the script didn’t check for all of the inventory slots, it stopped after finding these pots in 1, so if someone had split theirs in separate stacks.. only one of the stacks got removed:

So imagine someone doing something like this, maybe in piles of 50 each:

they would get to keep 950 of the pots, x2 = 1900 of these OP pots vs the rest of players who were left with 50, creating a situation of huge unfair disadvantage vs those with the 50 vs those who kept most.

How did GF fix it? they didn’t, they won’t, they said they will leave this as is, nice huh.

we decided to not run another removal of the items

this was our mistake and we want to apologize for the situation. We hope for your understanding.

Yeah well, our “understanding” won’t fix the unfair situation you created for us, so go and fix it, this is inexcusable.