Update: the thread has been taken down as is Gameforge’s dictatorship policy: silence and threat everyone who oppose their abuse.

Don’t believe whatever you were told about the Sunakaya incident a while ago, that GM was fired bla bla, that’s all bs, I know the GM and he is still working at GF. Gameforge staff are downright lying about it, the GM was working for the Aion team temporarily while they lacked staff and is now under another games department.

And here we have another event today:

Copy/pasting, before they remove the post in the forums:

Yet another GameForge Corruption Story.

i really dunno where to start…its just every time we think that we have seen the last of gameforge they just surprise us with their level of nonprofessional actions.i`ll start from the end…2days ago morning time farming ingg guards as a full grp…<Surfas>* transformed to kill guards..and ofc all ks all when it comes to guards…we took almost all guards of him…he was mad and he called us motherf**kers. 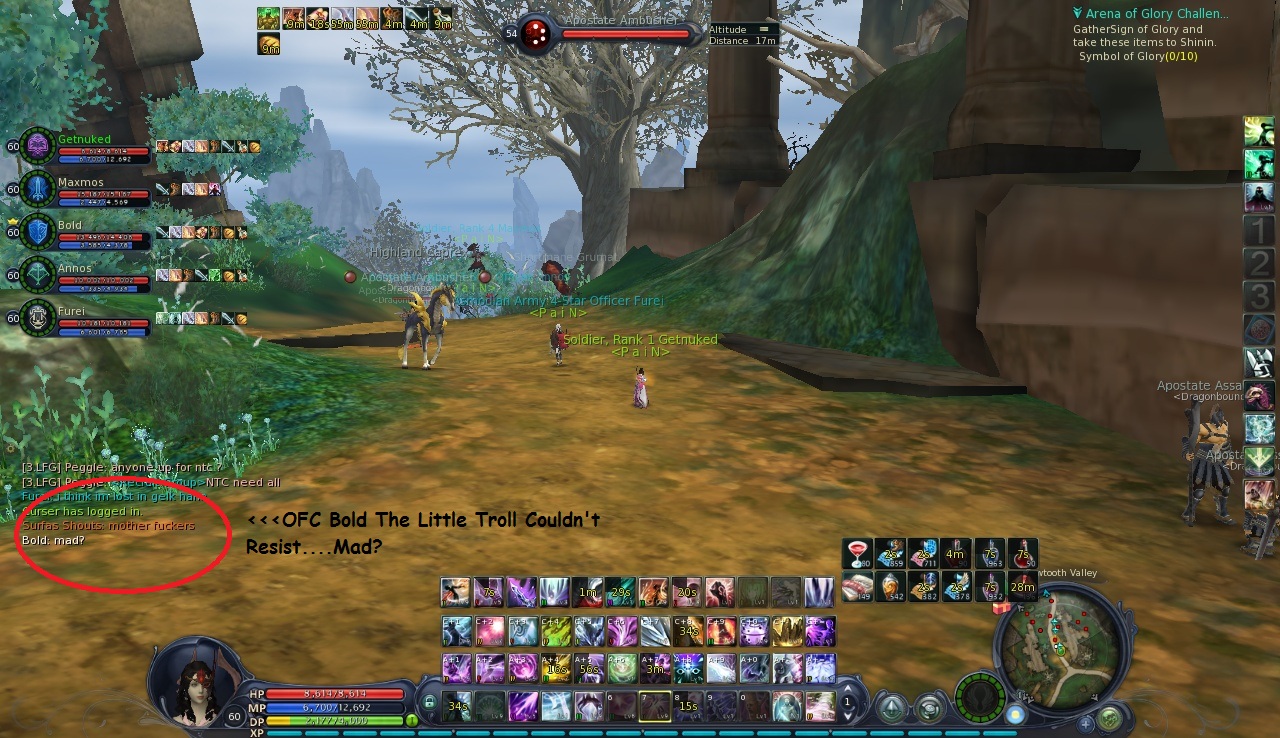 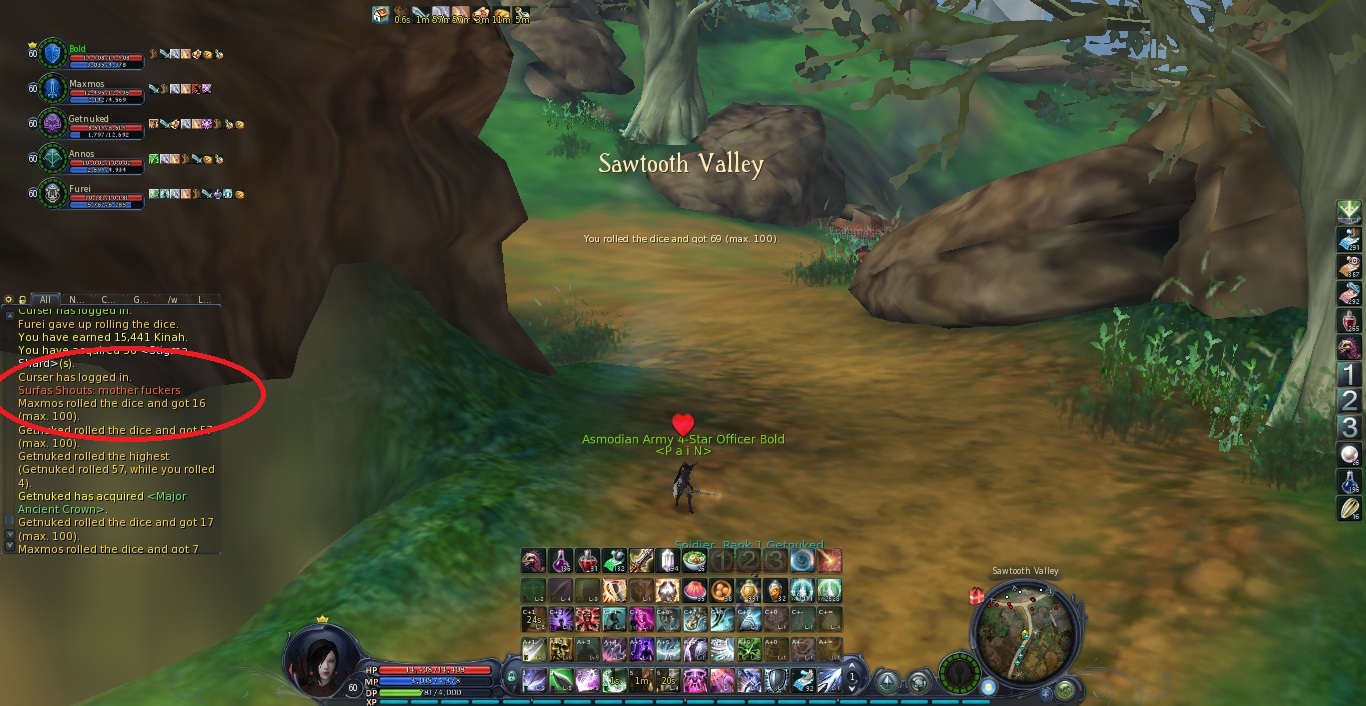 30minutes later one of us (the one who trolled him) got banned….Strange!!!!!!!!!!!ofc tickets are worthless cuz somehow game staff will answer anything that doesn’t have Bold’s name in it.no ban reason…no response.now does that remind me of something???oh yea…Getstabbed got banned for calling <Surfas> a gay during siege(at 9:15pm exactly)…got banned in 20minutes exactly((seriously)) so gameforge is taking sides and responding to him that fast???????okay!!. 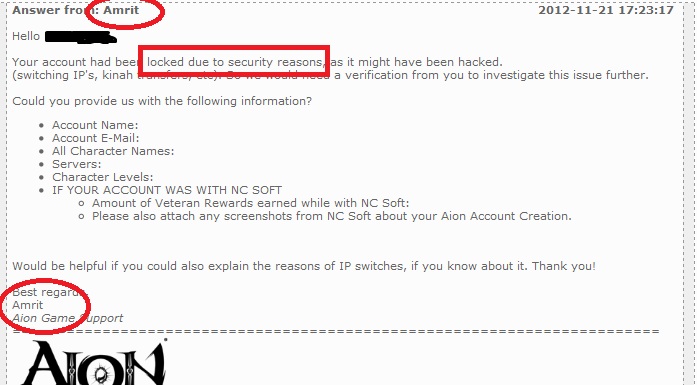 Lisara ks <Surfas> in guards and gets a ban for no reason no answer from staff nothing.(weren’t they fast 2 paragraphs ago????).And here it comes..the best Story….<Surfas> ninja a tatar mace from a chanter…and the community is punishing him on LFG /3….and WUUUT??? <<<GM Amritus>>> is online ORDERING ppl to STOP and kicking ppl offline defending him OOOMMMGGG!!!.he kicked getstabbed+Xeon to defend <Surfas>.

Now check it out Amrit AGAIN Defending himself deleting the post soooo fast. 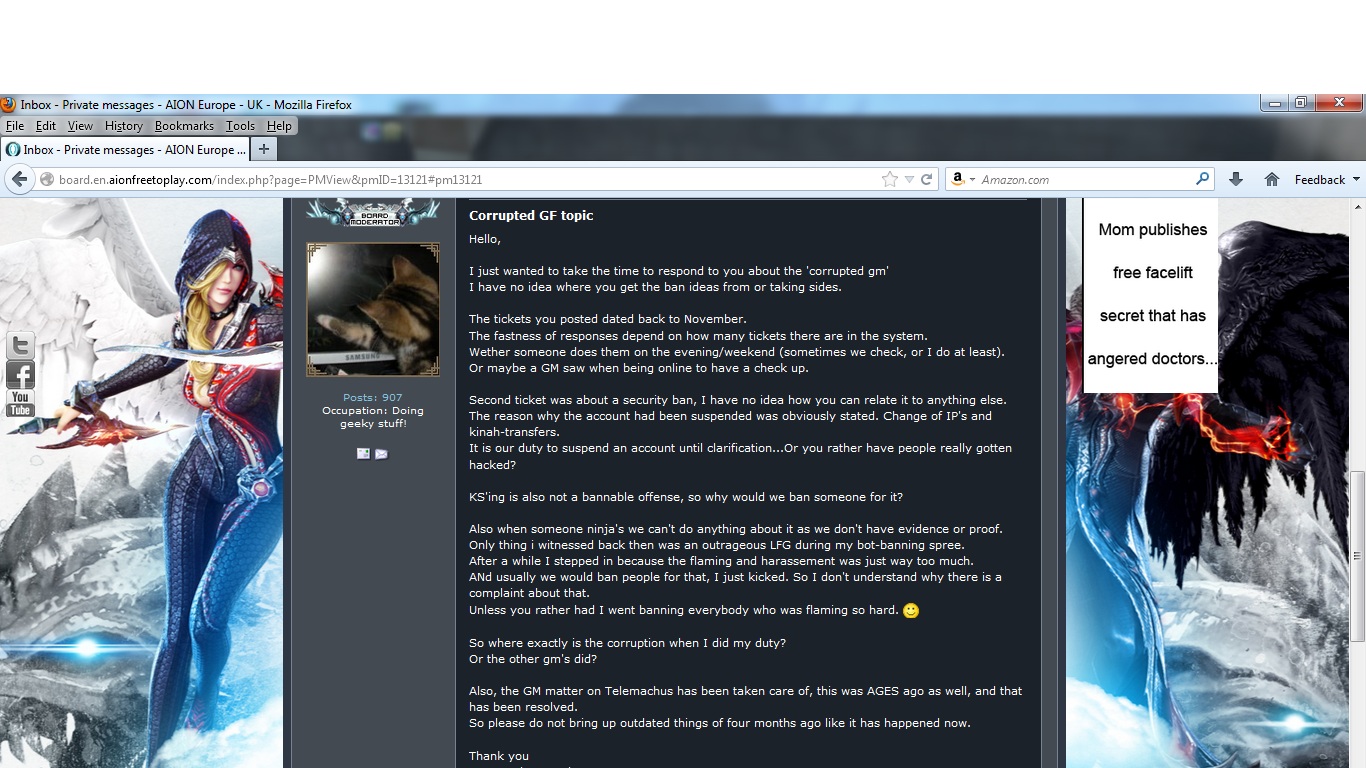 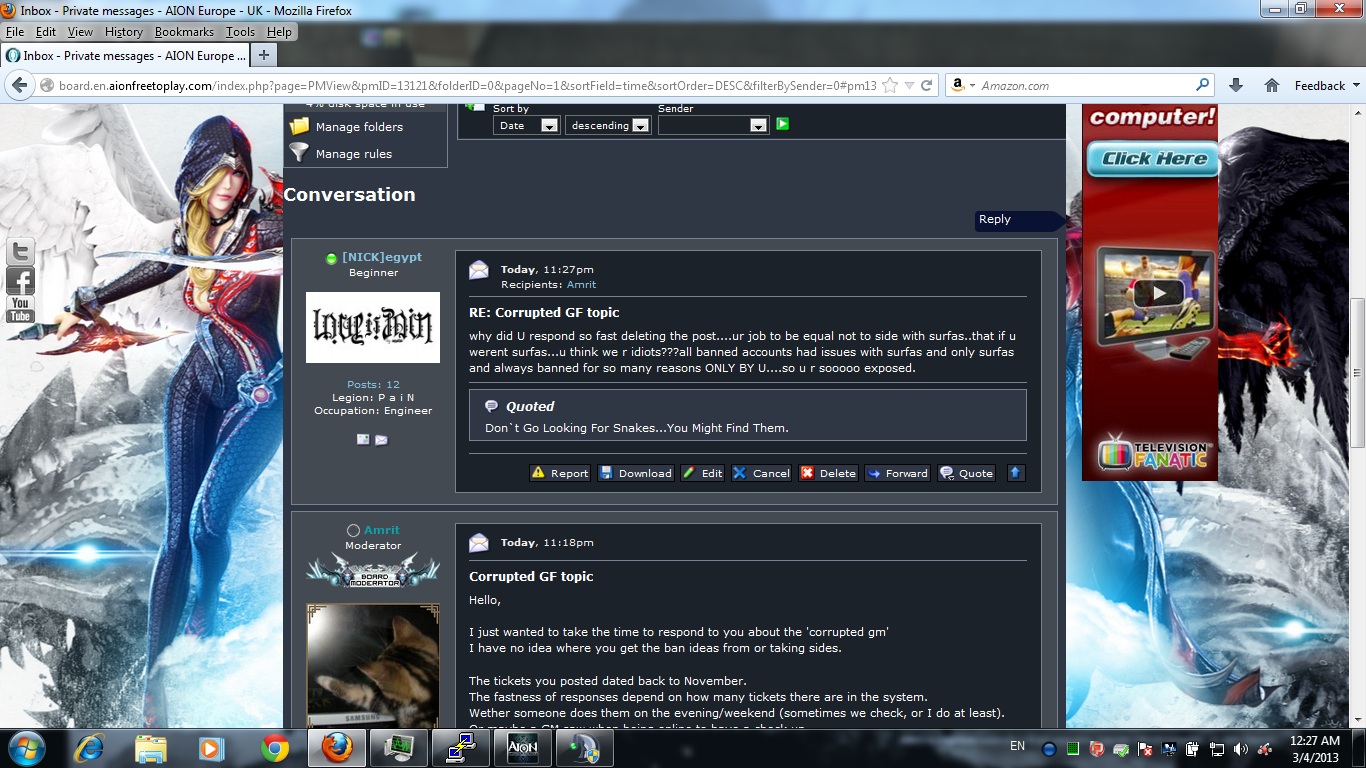