I’ve recently gotten attention from various sources about a banned player claiming to help in the ARM development, the story is as follows:

Player Mortred, governor in US server Israphel, was recently caught on a livestream with AionScript in his Aion folder, and was thus banned. It seems he has been asking all major legions and players to support him asking NC to unban him, with the excuse that he had helped in the development of the AionScript detection code in my damage meter application and he had the cheating app only for testing and development purposes (according to what I’ve been told).

This is completely false, since the only developer involved in my meter application is ME, nobody else is involved in any way other than helping test and supply damage log data.

I guess he picked this excuse thinking we wouldn’t hear about it since I play in European servers.

Please note that you aren’t welcome to use my dmg meter if you run AionScript, the meter will detect it and terminate itself; renaming the AS filename won’t help either.

As far as I or Kimberley knows, he hasn’t come back. Dude is gone, thank goodness.

Lol. Everytime I need a chuckle, I return to this page. Thanks Mortred!

Holli/Surgeon :
Someone sent me this link, LOL. That cheating trash Mortred getting what he deserves. 95% of what he says is lies, I carried him as a healer for 2 months long before 1.9 until I got tired of his of his pathetic neediness. Scrub temp that couldn’t even hold hate and scared to death to fly in the abyss. What a joke.

Lol. Welcome. What is the name of his new character?

Someone sent me this link, LOL. That cheating trash Mortred getting what he deserves. 95% of what he says is lies, I carried him as a healer for 2 months long before 1.9 until I got tired of his of his pathetic neediness. Scrub temp that couldn’t even hold hate and scared to death to fly in the abyss. What a joke.

@Scaryhomelessguy
Ya i have not heard anything, Unless he change name but do not see him in vent either

Ok thank you. Keep us posted. Anxious to get his new char name into asmos hands. They will do the rest…

Kimberly is doing a great job. Let him know that the asmos think so.

Nope, none that I know of. Kimberley is leading siege and it is going fine. I seen Post on forums somewhere about someone says hes suppose to be back. Or leveling new char.

any word on what character poop shirt plays now?

I love the elyos because they rejected him. <3

Nobody said it was smart. Nobody belived it to be true i did though lol dont like him. He was mean to his own faction: not everyone plays the game at the same level and if you were not as good as him u were trash,Lol. And u are the enemy of course you will gun for him lol. Hehe. Anyway Lets be happY nc did right thing ok? Can we agree on that? Wasabi is not bad guy not hacker. Sorry you feel that way. Im sure if he was Asmo he would fight by ur side. :) I… Read more »

Why would someone allow a proven hacker use his account? Really? Lol. Severe lack of judgement. Asmos will gun for him now.

scaryhomelessguy : @Envi he’s a hacker too even if he’s not mortie, and he threatened my family and me. bring it bro! If you think wasabie did that, then report to NC, I would like to know myself. I know the owner would not do that, unless Mort used his account when he had access and did something stupid like that. Mort should never have been allowed to use that account but as i said people were trying to beileve him. Let it go dude. Mort is gone He is not ON that sorc. Why are you still beating a… Read more »

scaryhomelessguy :
wasabipea tried to convince the elyos that he was mortred and he tried to force them to let him lead. take that as you will. it was in elyos lfg and command vent.

LOl DID i not say mort did use Wasabi? HE DID 2 days, then it was over! You sir are waste of typing to now.

he’s a hacker too even if he’s not mortie, and he threatened my family and me. bring it bro!

wasabipea tried to convince the elyos that he was mortred and he tried to force them to let him lead. take that as you will. it was in elyos lfg and command vent.

this whole lkofsanso is pretty snusher if you ask me

Noouuu.. my leader.. banned.. caught up in his own lies so bad he couldn’t tell fantasy from reality. The only way for Mort to get a thrill any more was to explicitly show he was hacking and go against the entire aion community+rain meter owner+aion devs and some how come on top.

and I was just pondering the idea of coming back just so i could spam “Hi mom, I’m on Mortred tv” next to him when he was streaming…. Oh well. 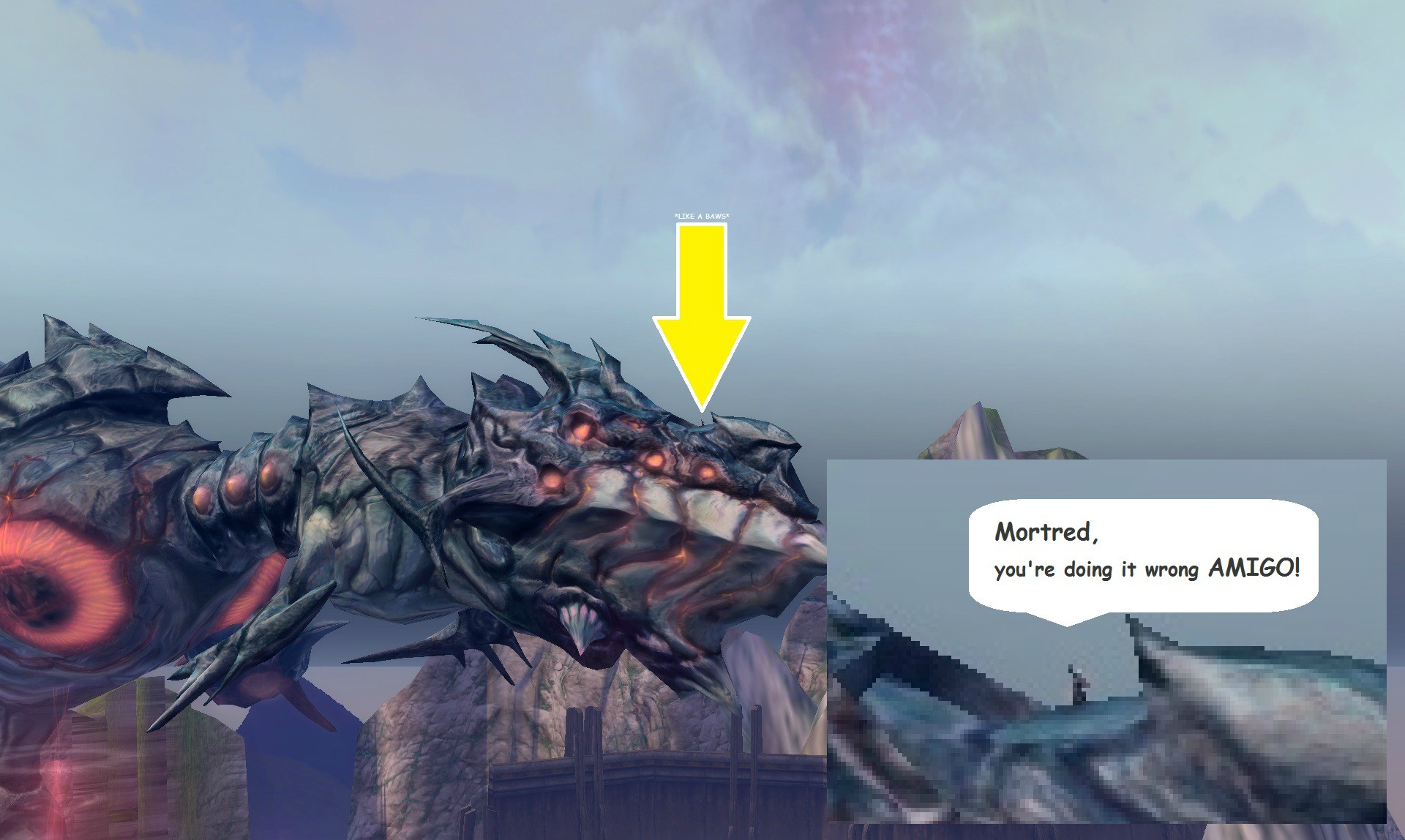 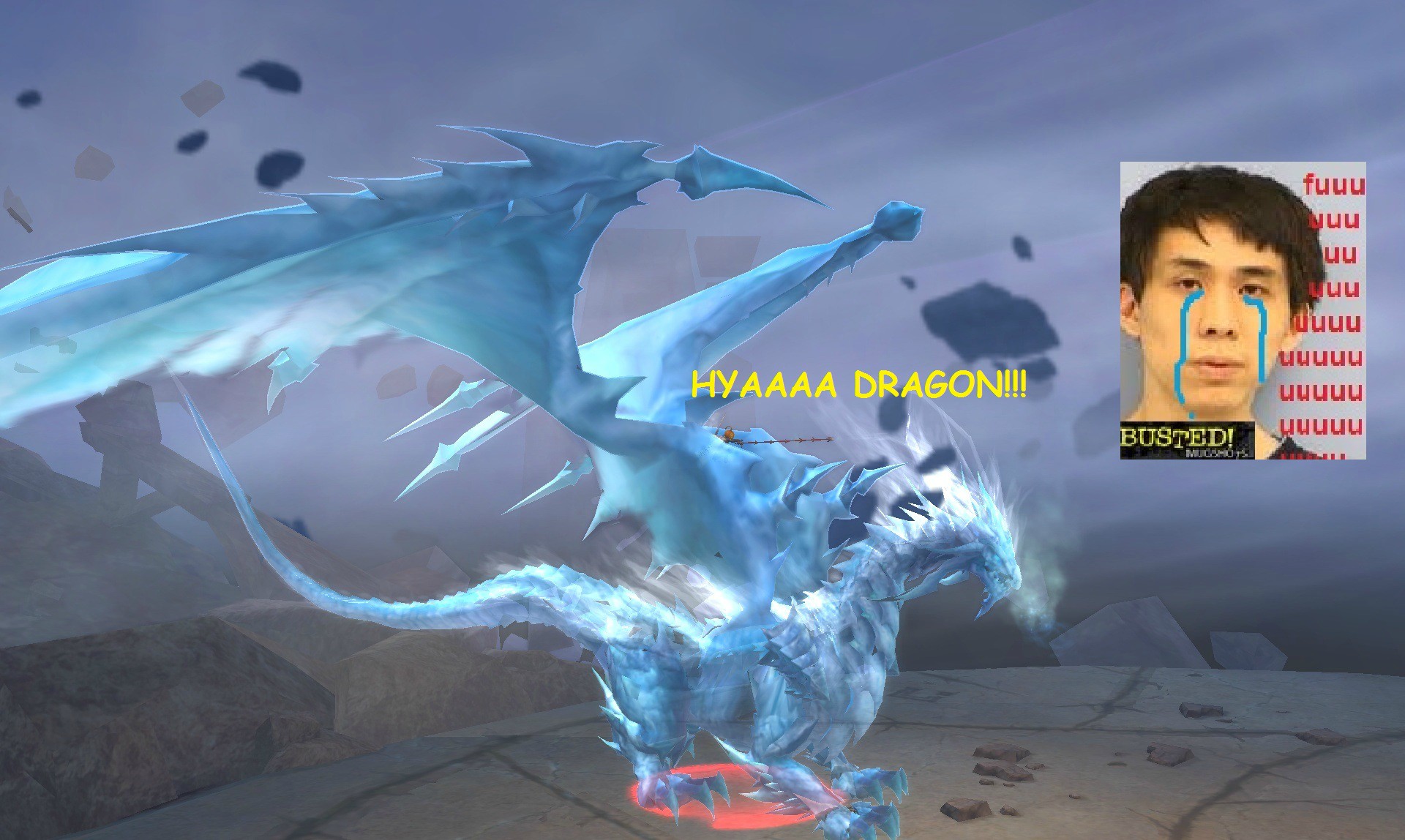 Weren’t you trying to pass yourself off as Mortred in Asmo LFG?

scaryhomelessguy : appeal him and let ncsoft know that it’s mortler evading the ban. they will ban his ip! Also, wasabipea has sent me a death threat on a forum pm on aion’s site. lol. Are you for realz? LOL wasabipea does not use forums. Do not start falsely accusing someone of death threats on aion forums Or YOU will get reported yourself. I will be sure of that. LOl mortred does not play on wasabpiea anymore, He did 2 times for siege and everyone knew it. He does not have access to it now. Mort is NOT playing it.… Read more »

Lol he is pve ing his way back on Wasabipea, lol. Check out his kills vs equipment. Please tell everyone to shun him

Glad that trash is out for good. Great leader, shitty personality, took the game WAY too serious. As far as me being amateur, sure i’ll remain that way, at least I still have my account. As for you, your life was just thrown out the window. Ban hammer hit your head to hard, I think a new life awaits you. Good Riddance!

Is Mortred a great leader? Yes he is…

Did mortred shit and now will have to pay? Yes, he’ll…

I am so happy to hear that the elyos laughed in his face when he asked to lead them <3 you guys. Many a shirt was soiled that day….

Ur first excuse was: “I just use this to help NCSoft detect who’s using hack” and then u gave the second excuse ^

Mortred, pls, stop lying. YES, u said u were helping develop it, i read all the posting u answered telling this. Dont come to me and try to say not cuz i was there, following.

So much so, that shortly after the bomb burst, all posts related to this, including the post you linked the site with all those bots and hacks were excluded. Or by you or by Nyx.

Enough of lies, never believed and will not be now that we believe.

You failed and is now paying for it, that’s life.

appeal him and let ncsoft know that it’s mortler evading the ban. they will ban his ip! Also, wasabipea has sent me a death threat on a forum pm on aion’s site. lol.

Oh! AND it explains how he broke the flight speed cap to do so! Still haven’t learned your lesson, mister?

That explains why Wasabipea chased me across the entire abyss to kill me. Mad I told people his “secretz” :D

i have to say this bid of drama made my day. lol faking posts.

I give you mortred trapped on his own web of LieLawls

Congratulations. I have huge respect for you and your legion, as well as most elyos as a result. I look forward to fair and fun fights.

@Scaryhomelessguy Yesterday, he announced that he intended to lead raids on a different character named Wasabipea and had some support. That support no longer exists. I don’t have details to share on what went behind his decision to not return. But I’m glad. Let’s drop this and move forward on both sides? I predict and hope for some interesting fights in the future!

@Mahar
Lol give us the scoop. Did he try to assume the lead post banning? Pray tell!

LOL! @Mahar, Maybe abyss siege be more challenging now. I hope it brings the faction back to together, ANd Gogogo New Sheriff!!!

Ok, well it’s settled. He’s not leading anything from any character. Asmos better bring your A-game on Saturday!!! There’s a new sheriff in town. :) <3

@Envi
His character remains banned. How could he lead the seige? Lol

@Mahar I sure hope you are right!!! We will do it without him or die trying! HAHA, But that does not explain the rumor he is leading tonight’s siege. I do support you guys and I hope other legions follow your lead.

@Envi
Lol how will he lead if banned? Secondly, who exactly plans to follow him?

@Envi That remains to be seen. For sure, Death Gods does not support the return of Mortred on any character, including playing the sorc Wasabipea. We will not participate in any siege led by him, and really encourage other legions to follow our lead. It’s the right thing to do. Elyos will triumph without him, and will look shady with him.