Got this from a friend earlier. He was simply asking for the new arena times GF specifically set after the recent update, they should know.. right? seems not. 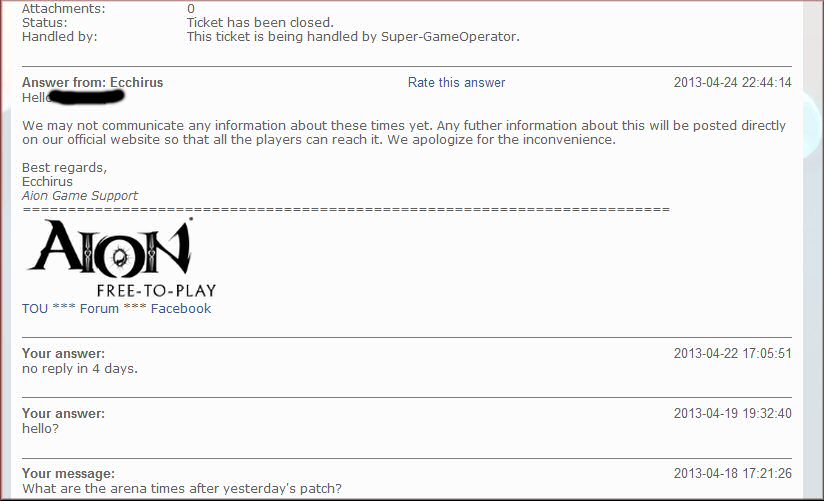 Furthermore, they don’t even check server logs for hack reports or anything, while they claim they do, there is more than enough evidence they don’t: they always ask for screenshots and videos even for reports about insults, if you don’t send a screenshot they say they can’t do anything, but won’t admit to not having the skills to check the server logs. As it stands, 3v3 and chaos arenas are completely immune to cheaters.

“We don’t have a clue“, priceless.