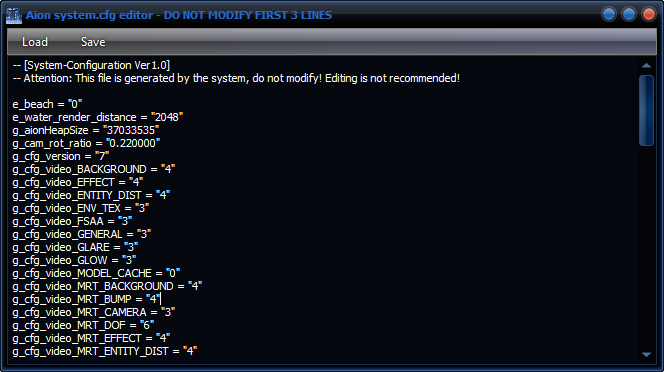 Did a few changes to the skills window for next version:

It looks like aliens somehow stole the doublebuffering in the main window, so you might have noticed some heavy flickering in sieges and some other graphical glitches. It seems they also managed to get away with some memory, so you might have experienced some memory leaks while loading sessions.

No panic though, we catched them all and the issues are fixed.

In the meantime, I made also some major speed improvements in the parsing core and my custom XML library, resulting in extremelly faster loading/saving of sessions and processing of log files. I tested with my largest siege file with 717 players and 3 million lines, the processing time was lowered from ~2:30 minutes to .. 7-8 seconds, now that’s an improvement :D

Added also some hints in the menus about their associated in-game commands like .dmg .ap etc

Also half-fixed: player search for US servers; it seems the old website is no longer working and I hadn’t noticed. However.. it won’t be filtered by server for now, just a quick fix. It seems the new website doesn’t allow starting a direct search filtered by server, but instead it filters the results after the initial search through a json/ajax query and modifies the page in-place without reloading; so it needs some additional work, it’ll be ready for 1.0.

I messed something up in the last update; there’s a function call that results in a crash on start-up. The issue happens if Aion is not running when you start the meter.. my bad for not testing it properly ( I only checked with Aion running).

If you are getting the error in the screenshot below, just redownload the full installer here: http://rainy.ws/download/ I already fixed it and uploaded the patched version.

I’m getting lots of requests again to add support for french and german clients. Unfortunately, this needs a lot more work than I’m willing to put; rather than simply translating skills and words for recognition, the format of the log is vastly different for each language. ARM doesn’t use any kind of regex, the parsing is a large complex block of code and subroutines handling many kind of special cases, on a per-class basis and with some background analyzing post previous recognition. The result is an extremelly fast and accurate parsing, much more than any other Aion meter around :) (f.e ARM handles 700-800 players in siege without freezing or any delays, while others like KDM will choke). So adding support for other language clients requires a lot of work.

Besides that issue, I don’t really like or support having games and media on the net in different languages, and believe there is no need to waste time and efforts into that, while we have an internationally accepted standard, English.

I have to note however.. and maybe some people aren’t aware of this, you can still run the English Aion client while playing in french and german servers, just pick the language in the client launcher.

I’d like to ask for someone to let me access a free US account with at least some lvl 50-55 chars with different classes, so that I can update ARM with the new 3.0 skills and check for any changes in the log to make sure everything’s working correctly. Since I play in EU servers I never had a US account, and it looks like we won’t be seeing 3.0 with Gameforge until at least summer.

Use the contact form if you can help me someway :)

This command was used to close the aion client while in-game. It was very useful since NC introduced the 10-second delay while closing the client, cause often the game bugged not letting me relog chars, and closing the game through normal means had no effect, so I was forced to terminate the process through the task manager. However, this could be easily associated with force-logging, so I am removing the feature for further compliance with NC/GF terms of use.

You can still close it through the menu, which isn’t much different than using task manager. (If they would ban the tool for this, they might as well ban the entire Windows operating system for letting you close the process through task manager etc when it freezes or causes any trouble).

A lot of new users seem to be worried about this the most, is this tool allowed to be used?

Since it is using only the chat.log file generated by the client, there is nothing unsafe with using this tool. It doesn’t read client memory or network data, it doesn’t interact with the client in any way while it’s running, it doesn’t gather any info other than what you already see on screen in the chat tabs, and none of its features is associated with any form of cheating.

There was an ~official statement today in the Gameforge forums about using the chat.log: