Recently there was a case of.. once again some hackers in Telamachus from criminal country  Dubai, these guys spend a fortune in the cash shop, so GF looks the other way and lets them use cheats as they please, going even as far as unbanning other hackers on request.

So recently 2 of these guys self-owned themselves by replying to hack accusations against them in the forums, saying like “everyone hacks.. look.. we frapped some hackers, so it’s ok, but we don’t hack, but it’s fine to do so”, in their own videos they forgot to turn off 360 degree radar hack, so everyone saw that and had a good laugh: 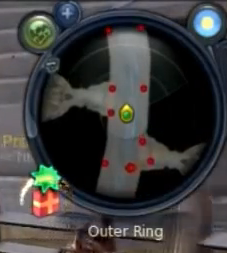 So this was reported and the guy was apparently banned for a couple days and then free again. There is now a long thread in their forums about it, which is complete bs. The mods just say the same crap “hackers are permanently banned, hacks are not allowed, don’t lie” bla bla, while threatening and banning users for bringing this situation up. Support also downright ignores the issue, even Vian who’s usually sorta helpful among the staff won’t do anything either but the usual replies “we can’t share any info about this, no hacks are not allowed” bla bla, I guess he’s bound by contract to lie in support tickets and has no choice.

The hacker now goes around saying crap like “it’s only an addon, I didn’t know it was an offense, so I promised I won’t use again and they unban me”, ooooook, so now it’s “add-ons”, not hacks! :D

Ah well, nothing really new, but this needs more awareness amongst EU players to stop supporting this joke of a company that catters only to cheaters and scum.