It wasn’t enough that we won’t be getting the FTS even in the –upcoming– 3.5, it seems we won’t even get the Dungeon Finder feature for cross-server instances in Europe.

And it doesn’t stop there. They keep lying about the reasons, just like they do about the FTS, they tried to justify it with some nonsense excuses about “imbalance” and a random bunch of reasons which don’t make any sense to anyone, when the reason was clear and later confirmed by some of the staff: they are incapable of setting it up on the technical side: 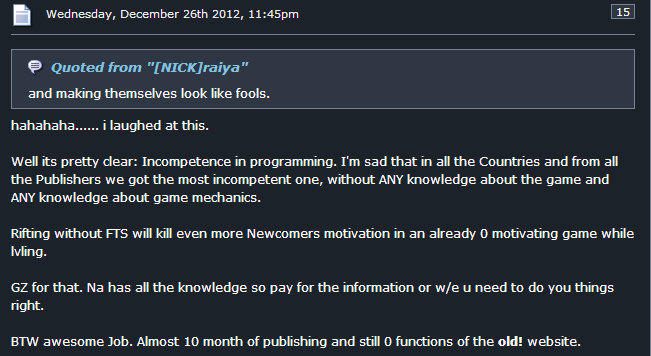